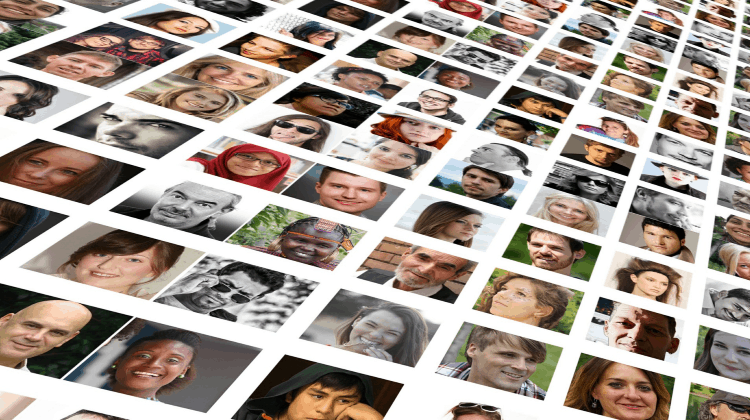 Traffic Authority is an MLM with a membership site that offers training, tools and “done-for-you” internet traffic packages. The key thing to remember is that Traffic Authority is first, and foremost, a multi-level marketing company. The product it offers is incidental. Keep reading to see the Devil in the details.

What is Traffic Authority?

Traffic Authority is an MLM with a membership site that promotes training, tools and web traffic packages. The product it offers is incidental. Traffic Authority is the reincarnation of a previous MLM company called Infinite Leverage which was owned by the same people.

The fact they had to recreate their business with a new name is a massive red flag. Later in this article, I explain why this is so alarming when I reveal the historical association between MLMs and Ponzi schemes.

Just Another MLM Selling the Dream.

Like most multilevel marketing companies, there are different levels of compensation depending on the level the member has purchased.

Before a member can earn commissions, they must first become a reseller by purchasing the Reseller License for $47 a month. A Reseller License allows them to promote the Traffic Authority products.

However, even with a reseller license, a member can only earn commissions on products that they have purchased.

How Much Does Traffic Authority Cost?

The basic paid membership is $27 a month. The Traffic Academy training is $97 a month. Add these fees to the reseller’s license and you’re paying $171 a MONTH before you get started!

In addition to the monthly membership fees, a member can purchase various traffic packages. The price of these packages ranges from about $200 to over $8,000.

Why I don’t recommend Traffic Authority.

I explain in more detail later, but here, in a nutshell, are the reasons I don’t recommend Traffic Authority.

Traffic Authority is Not Suitable for Newbies.

Traffic Authority is NOT newbie friendly. A newbie has no business buying traffic. Buying traffic is an advanced online strategy. If you don’t know what you’re doing, you can lose hundreds of dollars in a hurry and have nothing to show for it.

If you try to get traffic through Traffic Authority, it will cost you a lot of money before the first person visits your website.

When you buy traffic through Traffic Authority, you are paying a grossly inflated price because commissions for an upline and a downline are factored into the price.

Traffic Authority preys on the newbie’s ignorance and charges the heck out of a newbie before the newbie gets anything in return.

A seasoned online marketer won’t go anywhere near an MLM, and they darn sure aren’t going to buy traffic through an MLM.

The fastest way to get scammed is to let yourself get greedy.

We all have a greed button buried in our brain. Once our greed button is pressed, it is impossible for us to make a wise decision.

Let me put this another way. When our greed button is pushed, we become stupid. The greed button IS the stupid button. It’s the way the human brain is wired.

The folks at Traffic Authority know this. That’s why they pound the heck out of your greed button from the very beginning by pitching the dream of making lots of money.

Traffic Authority is an MLM.

Traffic Authority is an MLM. The multi-level industry evolved from the pyramid schemes that existed before the 1970’s.

A pyramid scheme, otherwise known as a Ponzi scheme, is a scam where people are persuaded to pay money for nothing.

Usually, people are persuaded to pay money for nothing because they are sold a dream and believe they will make lots of money if they join.

That’s a key factor in pyramid schemes, they sell a dream, they exploit people’s greed and desperation.

Not surprisingly, these schemes are hugely profitable because there is no product, just pure money flowing from the bottom of the organization to the top. The people at the top make a lot of money very fast while the people at the bottom get screwed.

These schemes are usually short-lived because, at some point, people discover the scam. Or, they are shut down by authorities.

Now companies that wish to exploit the huge profit potential of a pyramid scheme are careful to stay within the law by offering a product. These companies are called Multi-level Marketing companies, aka MLM. MLM is a costly and inefficient business model that channels money to the top tier.

Statistically, very few people make money with MLM. By far, most people lose money in MLM and quickly drop out.

Traffic Authority has a product and so probably does not fit the legal definition of a pyramid scheme.

Like a pure pyramid scheme, Traffic Authority sells the dream of getting rich.

The only reason a person would pay the outrageous fees and prices Traffic Authority demands is if they believe they would make more money in return. The truth is, they won’t.

People stopped buying into Infinite Leverage because they saw it for what it was.

At some point, they will stop buying into Traffic Authority too. Then the founders will probably cut & paste a new name on the same old scheme and continue taking people’s money.

Traffic Can Be Easily Faked.

There is no way to know the quality of generated internet traffic until after it converts or fails to convert.

Traffic can be faked with robots or by paying people pennies to click on an ad. Neither one is going to convert.

Sending traffic to a website is easy and cheap. Anyone can buy traffic on Fiverr for a fraction of the cost Traffic Authority charges.

When you buy traffic through Traffic Authority, there is no way to know what you are getting. You might be paying hundreds, if not thousands, of dollars for something you could get on Fiverr for five bucks.

Before you can make money with Traffic Authority, you must first purchase a Reseller’s License for $47 a month, plus $27 for membership.

Why in the world would you pay someone $74 a month so you can sell their stuff and make a profit for them?

Amazon doesn’t demand its affiliates pay them a monthly fee. Neither does any other legitimate affiliate program. They don’t pitch false dreams of getting rich either.

That’s crazy. Unfortunately, that is just the beginning of Traffic Authority’s self-serving craziness.

The complaints I found about Traffic Authority are mostly about low-quality traffic that doesn’t convert, being pressured to buy expensive traffic packages, poor support and difficulty canceling.

“After subscribing, I was charged twice . . . I reached out to their support department via email. There was no reply at all. . . I continued to be charged even after I had requested a refund and cancellation. I looked in every tab on the site for a cancellation button and there is none. I had to cancel my credit card from the bank to stop Traffic Authority from charging of my card $97 each month. I’m convinced this is a scam.” Cathy (Source:moneymakingtruth.com)

The following complaints are about Infinite Leverage, the previous incarnation of Traffic Authority.

“The downline is paying for the upline. It’s a money game. The product doesn’t matter.” (Source: Murphy, workfromhometeaching.com)

“I would caution anyone interested in this MLM to stay away. The traffic is very poor and the tools are low quality. The system does not convert due to poor traffic. It will never deliver the numbers required to make money.” (Source: Mak, workfromhometeaching.com)

The only positive reviews I found for Traffic Authority are from affiliates trying to earn commissions. They drank the cool aid.

The Final Word on Traffic Authority.

You don’t need Traffic Authority. The best traffic is the traffic you generate yourself through quality content, pay per click ads and an email list. You can learn the fundamentals of internet marketing with the FREE starter level of the Online Entrepreneur Certification Course.

The FREE Starter Level of the Online Entrepreneur Certification Course shows you how to make money online the right way. In the FREE starter course, you get 10 video lessons and two websites. You also get 7 days of support, live chat, and personal coaching.

If you found this article helpful or have experience with Traffic Authority, please leave a comment below.

32 thoughts on “What is Traffic Authority?”