Is Noble 8 Revolution the ultimate path to financial independence and your ticket to a richer life? Or is it a feel-good scam that takes your money and crushes your dreams? Follow me to see the Devil in the details.

What Is Noble 8 Revolution?

When you visit the Noble 8 Revolution (N8R) website, you are greeted by images of every charitable need imaginable. You’ll see pictures of disabled vets, homeless children, abused animals, and youth in crisis. Among these heartbreaking graphics, Noble 8 Revolution boldly states its

mission of giving more than a billion dollars to charities around the world.

Noble 8 Revolution presents itself as the fusion of three cultural trends; global charity, entrepreneurship and personal growth. At first glance, N8R appears to be an extraordinarily generous non-profit organization.

However, buried deep beneath the images that pull on your heart strings and the feel-good ad copy, is a clever deception.

Noble 8 Revolution is Not a Non-Profit.

Because of the promise to give more than a billion dollars to charity, we might think that Noble 8 Revolution is a non-profit organization. However, the IRS does not list it as a 501(c)(3) non-profit. And, none of the major charity watch organizations such as Give.org, Charity Watch and Charity Navigator, recognize Noble 8 Revolution as a charity.

N8R Promises 10% of Every Sale to Charity.

In a video on the Noble 8 Revolution website, co-founder and CEO Blain Williams describes N8R as a for-profit company and promises to give 10% of all sales to the 8 Noble Pillars of Giving. The 8 Noble Pillars are 8 global areas of need.

The Noble 8 Compensation Plan withholds approximately 10% from the commissions of each sale and supposedly earmarks it for donation to charity. This is money that may otherwise be paid out in commissions. However, I can find no evidence that this money is actually paid to charities.

No Evidence of Giving.

If Noble 8 Revolution was serious about giving more than a billion dollars to charities around the world, I would expect to find information on their website about specific charities they support and how much they have given. This should be public knowledge and easily found. Where are the charities Noble 8 Revolution supports?

Without evidence Noble 8 Revolution actually donates to charities, we must assume their charitable façade is nothing more than cover for a dubious money-making operation.

Noble 8 Revolution is an LLC.

Noble 8 Revolution is registered as a Limited Liability Corporation in the state of Wyoming. Clearly, it’s a for-profit company and not a charity.

They’re in it for the money. And, how they make money exposes their dirty little game for what it is.

Noble 8 Revolution sells the dream of financial independence and they do it with the feel-good twist of supporting charities. It starts with a $25 purchase.

You become a customer by making the initial $25 purchase of the Life Mastery Academy, Steps to a Dynamic Life. When you recruit three people who also purchase this digital training you become qualified to earn commissions.

Is Noble 8 Revolution an MLM?

Noble 8 Revolution is beginning to look like a Multi-level Marketing company. Except that it’s dependent on recruitment and that’s a bad sign. The initial cost of entry is relatively small at $25. However, before you can make the big money you must buy ever more expensive levels before you can earn commissions on those levels. (Noble 8 Revolution Compensation Plan).

Is Noble 8 Revolution a Ponzi Scheme?

What is really happening is members buy a position in Noble 8 Revolution by recruiting others. Recruits are said to be customers until they recruit three people and become “commission qualified.” The products are incidental and are only an attempt to conceal the flow of money from the bottom of the organization to the top.

A History of Fraud.

What Happens to the Money?

According to the N8R compensation plan, approximately 10% is held back from each sale to give to charity. Yet, there is no evidence this is ever actually donated to a charity. Also, because Noble 8 Revolution may be a Ponzi scheme, it is doubtful a genuine charity would accept money from them.

We must ask, where does the 10% go if it isn’t given to charities?

How to Succeed with N8R.

To succeed with Noble 8 Revolution, you must have the personality to ruthlessly recruit others. If you are unable to maintain the N8R charitable facade and lack the drive to recruit others, you will not succeed.

N8R is not a legitimate business model. Although Noble 8 Revolution sells the dream of financial independence, it is really just a scheme that funnels money from the mass of people at the bottom to the few at the top.

The Last Word on Noble 8 Revolution.

In my opinion, Noble 8 Revolution is not a legitimate MLM company. It is a Ponzi scheme hiding beneath a charitable veneer. The products attempt to conceal the true purpose of the organization, which is to pass money from the bottom of the organization to the top unimpeded by genuine commerce.

The founders have years of experience building elaborate schemes and concealing them with slick, feel-good images. Noble 8 Revolution is merely their most recent attempt to perfect their money-making deception.

How to Make Money Online the Right Way! 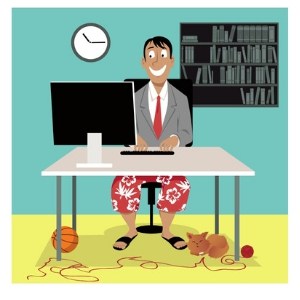 If you want to make money online, I invite you to consider affiliate marketing. It’s an easy and affordable business to get into, and as your skills improve, so will your income.

The place to start is the Online Entrepreneur Certification Course. Enrollment is free and includes free training, support and one-on-one mentoring. No credit card needed.

If you found this article helpful, or have experience with Noble 8 Revolution,  please leave a comment below.

20 thoughts on “What Is Noble 8 Revolution?”

Hi, I'm Gary Horton. It's my pleasure to show you how to build an affordable online business. 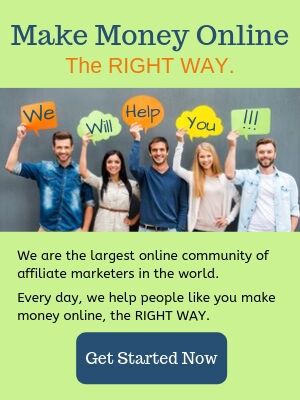