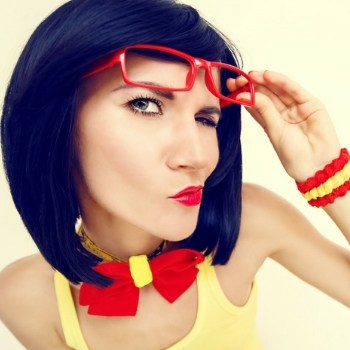 Recently, I was asked if LifeVantage is a Pyramid Scheme, so I did some research. On the surface, LifeVantage appears to be a Multi-Level Marketing company with an attractive business opportunity. However, a closer look reveals some alarming details you should know.

Read Why Affiliate Marketing is Better Than MLM

What is a Pyramid Scheme?

“Pyramid schemes promise consumers… large profits based…on recruiting others into the program, not based on profits from the sale of goods to the public.” Debra A. Valentine, Former General Counsel, Federal Trade Commission.

A pure pyramid scheme does not offer a product. All it promotes is a so-called opportunity. If you want to join their “opportunity,” you must first pay.

The opportunity is nothing more than the license to recruit people into the opportunity. In a pure pyramid scheme, money is only made by recruiting. No products are sold.

Looking at a pyramid scheme from a distance, you might wonder why in the world would anyone join such a thing? Afterall, they are essentially selling nothing.

People join pyramid schemes because they have been promised they will make a lot of money. In some fashion, they have been manipulated into becoming excited and greedy for the opportunity and believe their life will be dramatically changed for the better if they join. 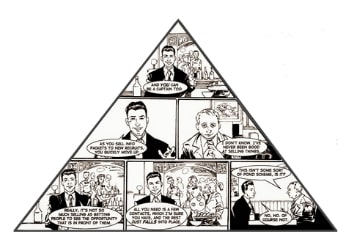 Perhaps some people are so trusting, or so financially desperate, that they believe the lies and jump at the so-called opportunity.

There’s a reason why pyramid schemes strive to keep people in an emotional state. When we’re emotional, we cannot make rational decisions.

Pyramid schemes destroy people’s lives. That’s why they are illegal. However, because they are so insanely profitable, scammers are constantly trying to make their pyramid scheme look legit. Usually, they do this by adding a magical product.

LifeVantage products appear to be magical. While the LifeVantage website is careful not to make specific health claims about their products, the door is left open to fantastic assumptions like cell rejuvenation and peak organ performance. These products aren’t cheap either. Vitality Pack is $150 a month!

The LifeVantage AXIO nootropic enhanced beverage is $50 a month for 30 servings and is said to give energy to your mind, whatever that means.

Why I Believe LifeVantage is a Pyramid Scheme.

The LifeVantage website is very impressive. If you fail to look closely enough, you might believe they are legitimate. However, two things give them away.

LifeVantage is dependent on recruiting. If you join LifeVantage, you are required to buy an expensive “Opportunity Pack.” The cost of an “Opportunity Pack” ranges from $350 to $1,250. These packs are essential frontloading product

While it may be possible to make your money back by selling products, it would take an enormous amount of energy to do it that way. Plus, the 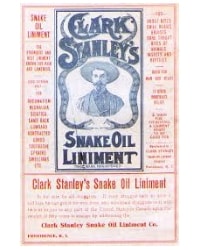 To make your money back, you will have to recruit others into the scheme, just like in a pyramid scheme.

Remember how in a pure pyramid scheme there is no product but money flows from the bottom of a pyramid to the top? That is what is happening in LifeVantage.

LifeVantage claims to be an MLM because they have a product. But what is the difference between paying $50 pure cash each month to be in an organization and paying $50 for $5 worth of magical beverage powder? Not much.

In a January 2018 lawsuit, former LifeVantage distributor Brian Smith claims LifeVantage is a pyramid scheme. Smith claims he was forced to purchase the most expensive Product Pack for $1200.

He also states in the lawsuit that after trying LifeVantage for eight months, he realized it was almost impossible to make money selling the product. To make money, he would have to recruit others into the scheme.

And he would have to make monthly purchases of LifeVantage products if he hoped to maintain his status as a distributor. Also, he was expected to pay additional costs to attend training meetings.

In 2017, the United States Food and Drug Administration issued a warning letter to LifeVantage regarding their advertising claims that their product Protandim could cure diabetes and cancer when in fact, no evidence to suggest this is true.

While LifeVantage claims Protandim can “bio-hack the aging code,” it is simply a proprietary blend of herbs and calcium, specifically, milk thistle, Bacopa monnieri, ashwagandha, green tea and turmeric. While these herbs may indeed support healthy biological functions the price LifeVantage charges for them is predatory.

Protandim costs about $50 for 30 capsules. The same herbs can be purchased online for about $10 per pound! My point is the products are so overpriced it will be difficult, if not impossible, for distributors to sell them.

To make matter worse, ScienceBasedMedicine.org reports that Protandim does not work as claimed. 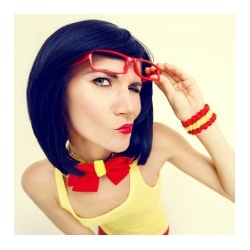 In August 2018, a class action lawsuit was filed in Federal Court in Connecticut and later transferred to Utah. The lawsuit includes 71 pages of complaints, including accusations that the LifeVantage products are “snake oil.”

The complaints also claim that LifeVantage is a pyramid scheme promising wealth and business independence when in truth “almost all recruits are doomed to lose money.”

In 2009 LifeVantage was sued by Zrii LLC, a nutritional drink company who claimed LifeVantage tried to ruin the company. LifeVantage settle out of court for $400K.

Is LifeVantage a Scam?

By definition, a scam is a dishonest way of making money by deceiving people. Because LifeVantage recruits people into their program by promising them they can make money with their business opportunity, I believe it is a scam. The probability anyone can succeed with LifeVantage is minuscule at best.

The LifeVantage business opportunity is not genuine. Very few people make money in MLM and that is as good at it gets.

LifeVantage perpetuates the dishonesty further by claiming their products have magical healing properties.

Can You Make Money with LifeVantage?

In theory, it’s possible to make money with LifeVantage, but most people don’t.

According to research conducted by Jon Taylor and published on the FTC website, 99% of people who attempt MLM lose money. My guess is the odds are worse for those who try to make money with LifeVantage.

The LifeVantage Distributors Compensation Summary shows that less than 1% earn a living income. 72% of distributors are paid less than $600 a month in commissions. When you deduct their expenses and the cost of required monthly auto-ship, they probably lose money.

Why it Doesn’t Matter. 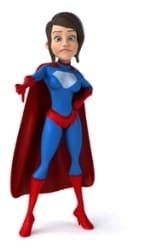 Why do you want to know if LifeVantage is a pyramid scheme? Are you trying to determine if the opportunity is legitimate? I do not think the LifeVantage business opportunity is worth pursuing, because very few people make money with it.

For sure, the business opportunity will force you to spend money. Unfortunately, the money you spend on a LifeVantage business pays for expensive products with unproven claims, not for building a business.

Ultimately, it doesn’t matter if LifeVantage is a pyramid scheme or not. Statistically, it is proven to be a lousy business model.

13 thoughts on “Is LifeVantage a Pyramid Scheme?”